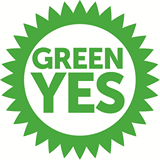 I am an unbiassed observer, let me first say that. I realise that I am a simply a musician of no great import, and that my views on politics are probably neither here nor there for most people, but I feel I must at least declare my views in the hope of persuading a few others.

Scots are at a major political crossroads and are being bombarded daily with facts and stats, information and dis-information, regarding a possible future without the known and nurturing Britain. Most of us have grown up with an image of the UK that was largely benevolent, a fair-minded even-handed executor on the world stage, always on hand to lend a bit of advice to a lesser countryÂ orÂ send out a team of experts to help out with their unrivalled expertise in some shit-midden at the end of the world. For me it stood for a fairness in dealings, and a transparency of intent. Britain wanted what was best for its people, but it also wanted what was best for everyone else. But I was a child, so can be forgiven for being so wrong.

It has all been a cunning sham, a PR ruse, that has been repeated in most of the major nation states of our era. It is shockingly easy to mislead a population if the state and the media are in partnership, not in an over-arching master of puppets-type way, but more in a subtle ‘you do me a favour and i’ll do you one’ sort of complicity, where the information you send out to people has been screened to show the country in the best possible light. Now, in the new digital age, all the old avenues of information delivery are still there (BBC, The Times, The Guardian etc) but there is a whole raft of other unabridged, un-manicuredÂ information out there, detailing precisely what it is your nation has been up to. And it isn’t pretty. Britain stands for nothing.

Or, more precisely, Britain stands for rendition, torture, an utterly corrupt financial sector,Â nuclear weapons, cosy deals with oppressive regimes, arms sales, a rapidly privatising health service, a menial life of low income in a service industry for most of its citizens , and chips. What its people stand for is something quite different, but the nation and its flag stand for those things. There is a fundamental disconnect between the UK’s actions and its people, and what it purports to represent against what it actually does. The only thing we agree on is the chips.

The idea of loyalty to a flag in this day and age is becoming increasingly anachronistic anyway. Voting Yes is not a call for nationalism, but for localised politics, and I don’t care what the country is called or what its flag is. Nationality doesn’t mean as muchÂ to people growing up in a world where the majority of the world’s top economies are companies not countries. What matters is the values of the people, their rights and the rule of law. These three things have been eroded to previously unthinkable levels in the UK, under the banner of ‘anti-terror’ and neo-liberalism, with every citizen spied on and every Muslim a suspect. At the same time, that information is happily shared with a number of other nations and the information used for economic advantage, personal profiling and any number of other purposes we are not privy to. If the system one operates in is brutish and untrustworthy, there will be a downward filtering of those same values in society. Why behave when the law doesn’t?

Scotland voting Yes is a get-out clause from this utter bullshittery. No politics is perfect. Power attracts the power-hungry. But there is a middle ground in which the politics of a place is answerable to the people who live there, and that is what a Yes vote means. And look at those people! They are the hollow men (and possibly a few under-numbered women), sales execs and PR honchos, liars. Do they represent you? Really?

So that’s my wee bit. I’ll be voting Yes, and thenceforth voting Green for the foreseeable future, and hopefully witnessing some principles and ethics in action. (You can buy my latest music at all branded retailers and at your local store)